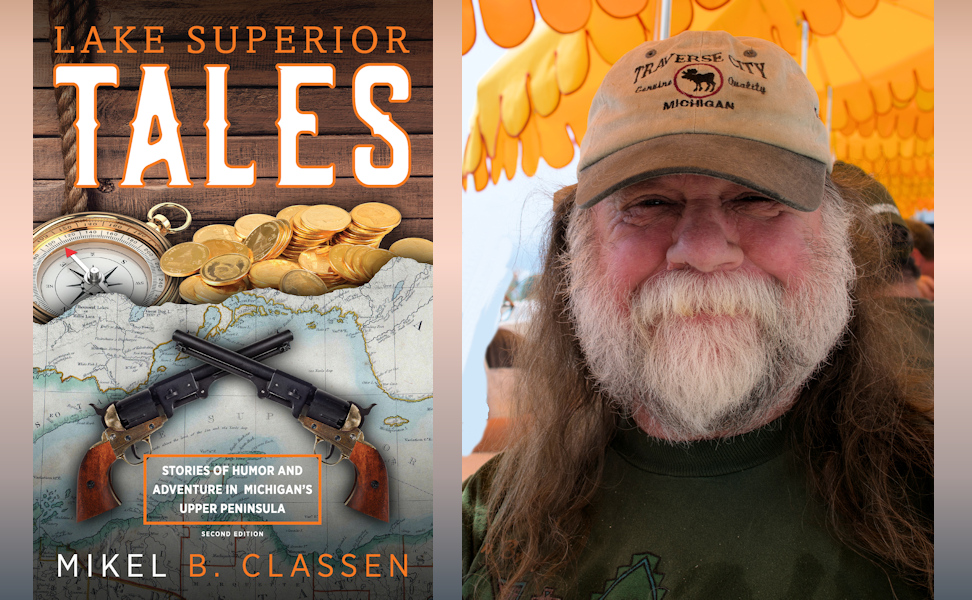 Published by the Modern History Press (November 2018), the book includes ten stories that span the 19th century through present day, each tale packed with action, adventure, humor, and suspense. Written for the general adult audience, these stories have something of interest to offer every reader. For those who know or have a fondness for the Upper Peninsula of Michigan, this is perhaps the perfect winter read of all.
Mikel B. Classen is a veteran writer and editor with three decades of experience in journalism, writing, and photography. But more than anything else, it’s the author’s own living experience in the Upper Peninsula of Michigan that enriches his word with regional flavor. In his words:

“Many places have maritime history, logging history and mining history, but the Upper Peninsula has them all, thrown together in a cultural clash that makes the region unique.”

Classen contends that as a writer it is impossible to not be inspired by a place not only steeped in beauty, but its rich history is evident throughout the peninsula.
By its content, the second edition of Lake Superior Tales is mostly adventure and part humor. The latter, at times, draws from characters based on real residents of the region. And it has its quirky side, like the main character in the story “Bullets Shine Silver in the Moonlight” that remains unnamed throughout the story.
Of the adventurous stories, the author tells that these tales are the results of ideas that periodically popped into his head. Yet, in one way or the other, the regional history reflected in their development. For instance, he tells about the history of gold mining in the Upper Peninsula and how it influenced the narrative of story “The Wreck of the Marie Jenny.”

“I had finished writing Bullets Shine Silver in the Moonlight and I started wondering where the gold in that story came from and what the story of the shipwreck was. The only places in the U.P. where gold was actually found was north of Ishpeming and Marquette. There were two mines north of Marquette and the Ropes north of Ishpeming. If any gold was going to sail out on Lake Superior it would have come from Marquette and the Iron Bay. The real mover and shaker of those days in Marquette was Peter White, one of Marquette’s founding fathers, hence his appearance in the story.”

Classen’s ingenious weaving of history and legend creates a tapestry of folklore as varied as the peninsula itself.
To learn more about Mikel B. Classen and to see more of his work, go to his website at www.mikelclassen.com.