Home News Call for Chapter Proposals: “The Northern Midwest and the US-Canadian Borderlands: Essays on a Forgotten Region

Call for Chapter Proposals: “The Northern Midwest and the US-Canadian Borderlands: Essays on a Forgotten Region 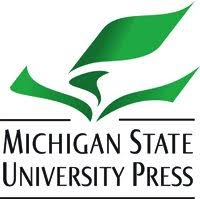 The editors of the collection will be Jon K. Lauck and Gleaves Whitney.
All proposals should be sent to jlauck1941@hotmail.com
Volume editors seek proposals for chapters to be included in an edited collection focused on exploring the northern reaches of the American Midwest and the borderlands, or imagined borderlands, along the line dividing the US and Canada. This interior zone of North America has yet to become a significant point of discussion in the growing movement to revive interest in Midwestern history and in the broader movement to analyze the borderlands of the United States. This volume is broadly designed to advance these discussions about this region by focusing on 1850-present time period.
Proposals should explain the author’s general approach to the topic and include the sources to be consulted as well as the author’s curriculum vitae. Topics to be explored include, but are by no means limited to, historical understandings of the essential dimensions of the northern Midwest; the basic industries of the region such as mining, forestry, shipping, and tourism; the Midwest/Canada dividing line and its consequences and meaning for residents of the region; the geographical and topographical approaches to designating this area as a distinct region; literary or other cultural understandings of the region, including important regional voices (such as Jim Harrison of the Upper Peninsula or Bob Dylan of the Iron Range); the politics of the region; music from the region (such as the work of Gordon Lightfoot or the ethnic blending that produced polka); analyses of the regionalist thought and practices which have contributed to a consciousness of this region; the religious history of the region; the role of ethnicity in the history of the region (the persistence of Finnish ethnicity, for one example); the languages spoken in the region; regional folklore; the vernacular architecture of the region (cottages, saunas, camps, hunting lodges, etc.); environmental factors such as rainfall, temperature, glaciation, river development, and the role of the Great Lakes which help to define this region; historic and more recent discussions of the taxonomy of American regions, especially the real and imagined sub-regions of the Midwest, and how the upper Midwest relates or compares to other regions (the line that separates the “traditional” Midwest of Iowa-ish corn farming from the northern, lake-oriented Midwest, for example); the economic integration (or lack thereof) of the region; the role of Native American history (the impact of treaties on statehood; the Dawes Act; sovereignty; hunting and fishing rights; gambling and casinos); the understandings of Native Americans, American settlers, immigrants, political leaders, environmentalists, geographers, political scientists, and others which help explain the region.
Chapter proposals will be due November 19, 2018. If a proposal is accepted, the author’s chapter will be due December 1, 2019. Final chapters should be approximately 7,500 words, including notes, and in Chicago style. The editors of the collection will be Jon K. Lauck and Gleaves Whitney. All proposals should be sent to jlauck1941@hotmail.com
See original post from MSU Press