Home UPPAA Board of Directors

UPPAA Board of Directors

Meet Your UPPAA Board
of Directors…Volunteers All

PRESIDENT: Victor R. Volkman has served as UPPAA webmaster since 2009 and President since 2019. Victor is the owner of Loving Healing Press, Inc. in Ann Arbor, MI which specializes in publishing empowering books which redefine what is possible for healing mind and spirit. LHP has published more than 200 books in hardcover, paperback and eBook platforms. Other imprints of LHP include Modern History Press, which tells stories of conflict and the struggle for identity in modern times. Most recently, Modern History Press has published the U.P. Reader, an anthology of stories, essays, and poetry written entirely by UPPAA members and distributed throughout the UP. Â He received a BS in Computer Science from Michigan Technological University in Houghton, MI. Victor Volkman and Irene Watson were the hosts of Authors Access, a bi-weekly podcast about marketing, publishing, and editing your books in all genres.

VICE-PRESIDENT: Gretchen Preston lives in, and writes about Michigan’s Upper Peninsula. She is a sought after public speaker on a variety of topics. Her presentations entertain a variety of audiences ranging from small children to keynote addresses at professional conferences. Gretchen is the 2017 recipient of the Marquette Art Award for Writing. Her current children chapter book series, the Valley Cats invite the reader into her world living in the Valley, a remote location nestled in the foothills above the south shore of Lake Superior. Preston’s lack of vision has enabled her to become a keen observer of nature from the use of her other senses, a tactic she shares with her young readers. Her tales feature adventures, mishaps, and silly fun. Accompanied by her Leader Dog Floyd, Gretchen is an active member of her community. She is the Vice President of the Marquette Lions club, and the Leader Dog Chair for Upper Peninsula Lions. An advocate for the visually impaired, Gretchen is a volunteer Ambassador for Leader Dogs for the Blind. To learn more about Gretchen, visit her website: www.prestonhillpress.com. For information on Leader Dogs for the Blind, go to www.leaderdog.org.

TREASURER: Larry Buege has a BS degree (Chemistry), BA degree (Psychology), and a BS in Medicine degree (PA Program), hardly a background for a literary career, but in 1999 he was diagnosed with vocal cord cancer. It was questionable if he would ever speak again. Looking for a way to earn a living without speech, he turned to writing. Little did he know there is no money in writing. He is now seventeen years cancer free with limited speech, but has an addiction for writing.
Buege has eight books with his name on the spine. His novels come in a variety of genres including Cold Turkey (regional humor), Super Mensa (techno-thriller), and Miracle in Cade County (love story/mystery). Currently his best-selling novels are his Native American Series, which takes place 100 years B.C. (Before Columbus). They include Chogan and the Gray Wolf, Chogan and the White Feather, and Chogan and the Sioux Warier. Buege has been treasurer of UPPAA since 2015 and enjoys counting other people’s money. 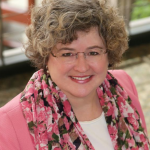 RECORDING SECRETARY: Bethany Leonard is a writer and an academic dean. Her book, Pat the Great Cat, the result of an international literacy project, was placed in each elementary school in Belize by its department of education. The middle grade history she edited with her student authors, Long Ago in Merrill, was required curriculum for over ten years in Merrill, WI. Her current middle grade project is steeped in the magic of love, courage, and the forests of the U.P. Bethany has provided nonprofit and higher education leadership both in the U.S. and abroad. She has secured and managed millions of grant dollars, served on boards, and delivered presentations nationally and internationally. Bethany majored in psychology, elementary education, and social science. She has a Master’s in Education at Harvard. She and her husband, Doug, conduct Red Ore Writers workshops based in the U.P.

MEMBERSHIP SECRETARY: Brandy Thomas is a freelance editor who lives and works in Marquette, MI. Brandy was Recording Secretary from 2015-2016 and has been Membership Chair since 2016. She edits across the publishing spectrum but specializes in adult science fiction and fantasy as well as children’s books. In addition to editing the written word, she is also an audiobook narrator and editor. For more information about Brandy please visit www.ThomasEditing.com.

NEWSLETTER EDITOR: Jenifer Brady has bounced between serving UPPAA as Recording Secretary and Membership Secretary since 2011. She has served as Webmaster since 2019. Jenifer grew up in Iron Mountain but has lived in Wisconsin since attending college at UW Green Bay, where she majored in Psychology and Human Development. She is a wife, mom, photographer, summer camp counselor/dean, and (of course) writer. Her Middle Grade/YA Abby’s Camp Days book series takes place at a fictional UP summer camp. Her first book, Buddy Check, takes place in the same world. She started her publishing company Perch Lake Cabin Press in 2019 and plans to finish her 10-book series (7 are currently published) and has begun work on a new fantasy series, which is quite a departure from summer camp. To find out more about her books, check out her website or her Facebook Page, I’d Rather Be at Summer Camp.

CHAIR OF PUBLICATIONS: Deborah K. Frontiera grew up in Michigan’s Upper Peninsula. From 1985 through 2008, she taught in Houston public schools, followed by several years teaching in Houston’s Writers In The Schools program. A migratory creature, she spends spring, summer, and fall in her beloved U.P. and the dead of winter in Houston, Texas, with her daughters and grandchildren. Four of her books have been honor or award winners. She has published fiction, nonfiction, poetry, and children’s books. She edits the newsletter for the Upper Peninsula Publishers and Authors Association. For details about her many books and accomplishments, visit her website: www.authorsden.com/deborahkfrontiera 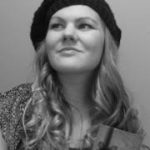 WEBMASTER: Jansina Grossman is the owner of a nontraditional publishing company, Rivershore Books (www.rivershorebooks.com) and is a self-published author of three novels and two short stories. One summer she learned HTML “for fun,” which later helped her design and manage Rivershore’s site. She is based out of Minneapolis, MN, and is pleased to be a member of UPPAA.

NOTABLE BOOKS CHAIR: Mikel B. Classen has been writing and photographing northern Michigan in newspapers and magazines for over thirty-five years, creating feature articles about the life and culture of Michigan’s north country. A journalist, historian, photographer and author with a fascination of the world around him, he enjoys researching and writing about lost stories from the past. Currently he is managing editor of the U.P. Reader and is a member of the Board of Directors for the Upper Peninsula Publishers and Authors Association. In 2020, Mikel won the Historical Society of Michigan’s, George Follo Lifetime Achievement Award for Upper Peninsula History.

Classen makes his home in the oldest city in Michigan, historic Sault Ste. Marie. He is also a collector of out-of-print history books, and historical photographs and prints of Upper Michigan. At Northern Michigan University, he studied English, history, journalism and photography.

To learn more about Mikel B. Classen and to see more of his work, go to his website at www.mikelclassen.com.

Looking for Historical Record of Past UPPAA Board Members ?