UP authors to appear at Book World, Escanaba Nov. 15 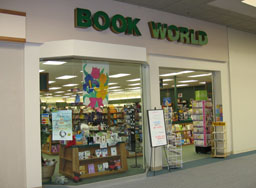 On Saturday, November 15, from 1-3 p.m. EDT, three local authors will be signing books and greeting the public at Book World in the Delta Plaza Mall in Escanaba. While all three authors live and write about the U.P., their books offer a variety of topics and appeal to different age groups.
Robert Cook, better known as Mr. Happy, is an author and musician. He was born in 1963 in rural Alabama and raised in Michigan. He currently lives in Wilson. Robert’s life and challenges are recounted in his book, A Child’s Journey, written so that those who have experienced troubles like himself can know there is hope. He is also the author of two volumes of poetry, Look Up! The Poems of Mr. Happy and Coping with Life: More Poems from Mr. Happy, both of which are illustrated with his own photography. Robert Cook’s website is www.MrHappyOnline.com, and you can also find him on YouTube, Facebook, and Twitter.
Tyler R. Tichelaar was raised in Portland, Oregon. She attended the University of Oregon and went on to graduate school at Arizona State University where she earned a master’s degree in social work. Trained as a medical social worker, Gretchen frequently wrote newsletters, articles for professional journals and composed educational handbooks. After retiring and moving to Chocolay Township, she wrote her first book Valley Cats: The Adventures of Boonie and River, which has been followed by two sequels, all beautifully illustrated by Karin Neumann. Written at a fifth grade reading level as well as to be read aloud to young children, the Valley Cats books entertain while also teaching children about U.P. history, geography, nature, and friendship. Visit Gretchen at www.prestonhillpress.com

Tyler R. Tichelaar is a seventh-generation Marquette resident. After earning Bachelor and Master’s Degrees from Northern Michigan University and a Ph.D. in literature from Western Michigan University, he began publishing The Marquette Trilogy (Iron Pioneers, The Queen City, and Superior Heritage), a fictionalized version of Marquette’s history from 1849 to 1999. Next came a history book, My Marquette, and more U.P. novels, including the award-winning Narrow Lives and The Best Place, about two women who grew up in the Marquette orphanage. Tyler continues to live in Marquette where the roar of Lake Superior, mountains of snow, and sandstone architecture inspire his writing. Visit Tyler at www.MarquetteFiction.com All three authors are members of the Upper Peninsula Publishers and Authors Association (www.uppaa.org). UPPAA was founded in 1998 to help local authors publish and market their books. UPPAA’s members frequently hold conferences, book signings, and other events to encourage people to meet local authors and celebrate that the U.P. has its own literature and is worth writing about. Cook, Preston, and Tichelaar look forward to meeting their current and future readers on Saturday at Escanaba’s Book World.