Home New Releases The Geography of Water, a debut novel by Mary Emerick,

The Geography of Water, a debut novel by Mary Emerick, 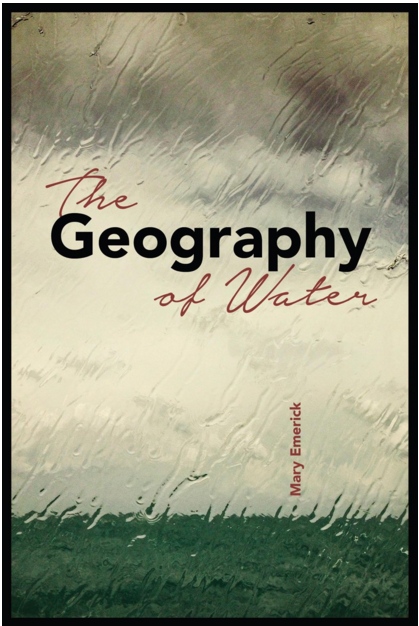 Carrying on the writing tradition (and carrying it further), The Geography of Water, a debut novel by Mary Emerick, daughter of UPPAA founders and independent publishers, Lon and Lynn Emerick, has been released by the University of Alaska Press in its Literary Series.   Mary Emerick is a U.P. native and after graduation from Marquette Senior High School and Michigan State University has lived in many locales, including seven years on the southeast coast of Alaska,  in her roles as backcountry, wilderness and kayak ranger and most recently, as.a Forest Service wilderness recreation consultant.
In this exquisite debut novel, Mary Emerick takes readers into the watery landscape of southeast Alaska and the depths of a family in crisis. An abusive father and a broken home force a teenage Winnie to seek the safety of a neighboring bay and a pair of unlikely father figures. Years later her mother goes missing, and Winnie returns to the hunting and fishing lodge she grew up in to find the world she knew gone. Her once-powerful father disfigured by a bear attack. Her childhood hero revealed as merely human. And her mother’s story rewritten by a stray note. As Winnie uses the help of friends to sort out the details of her mother’s final exodus, she finds herself pulled into a murky swirl of family secrets and devastating revelations. As the search heads higher into the mountains, Winnie must learn to depend on her own strength in order to reach the one she loves.
Mary Emerick spent seven years as a kayak ranger in Southeast Alaska, traveling the wild and remote coasts of Chichagof and Baranof Islands in a small boat. She has published essays and short stories in several magazines and anthologies. She lives in northeast Oregon where she works for the US Forest Service.