UP Notable Book Club:  the Crystal Falls Community District Library in partnership with the U.P. Publishers & Authors Association (UPPAA) has scheduled author events with winners of the UP Notable Book List. The 9th event is with U.P. author and park ranger Susanna Ausema who will present her award-winning children’s book I Spy… Isle Royale.  This book is a colorful and educational romp through Michigan’s only National Park. The events are open to all U.P. residents free of charge. Read my review of Susanna’s book at The U.P. Book Review.  Currently, the book can most easily be purchased from the Isle Royale & Keweenaw Parks Association website.

When: Thursday, September 9th, 2021 at 7pm Eastern / 6pm Central
Where:  on the Zoom platform — please contact Evelyn Gathu in advance by email: egathu@uproc.lib.mi.us, or by phone (906) 875-3344.  We recommend you borrow a copy of these books from your local library or purchase from your local bookseller in advance to get the most out of these events. 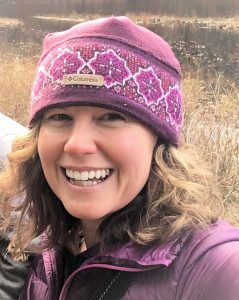 SUSAN AUSEMA spent her childhood summers on Isle Royale. Her father was a park ranger and her mother was a park volunteer for many years. After moving away in her teens, she returned to work at Isle Royale as a seasonal ranger during her college years. There she met her husband, Mike, also a ranger, in 1998. After serving as a Peace Corps Volunteer in Guatemala, Susanna earned a Master’s Degree in Natural Resources at the University of Wisconsin-Steven’s Point, then worked as a permanent park ranger focusing on educational outreach at Curecanti National Recreation Area, Black Canyon of the Gunnison National Park, and Redwood National Park.

When her son, Jasper, was born, Susanna became a stay-at-home mom. When he was two years old, the family moved back to Isle Royale and Jasper began to explore the park as if it were his big backyard. Jasper loves books and Susanna loves to write, so she felt inspired to write a story for him about Isle Royale. After the text was complete, she looked around her pool of talented friends for someone who could illustrate it. None had the time to take on the (pro-bono) project, so Susanna picked up a paintbrush and started experimenting with watercolors. Jasper has helped her judge which styles and techniques are most interesting to a young audience, and together, they’ve created this book.

Susanna’s husband is the park’s East District Ranger, so they spend their summer days exploring and adventuring on Isle Royale and reveling in the autumn colors and abundant snow in the Keweenaw Peninsula during the rest of the year.

Susanna resumed her work on behalf of national parks in 2015 as the membership outreach manager for the nonprofit Isle Royale and Keweenaw Parks Association. All proceeds from the sale of this book support these parks. 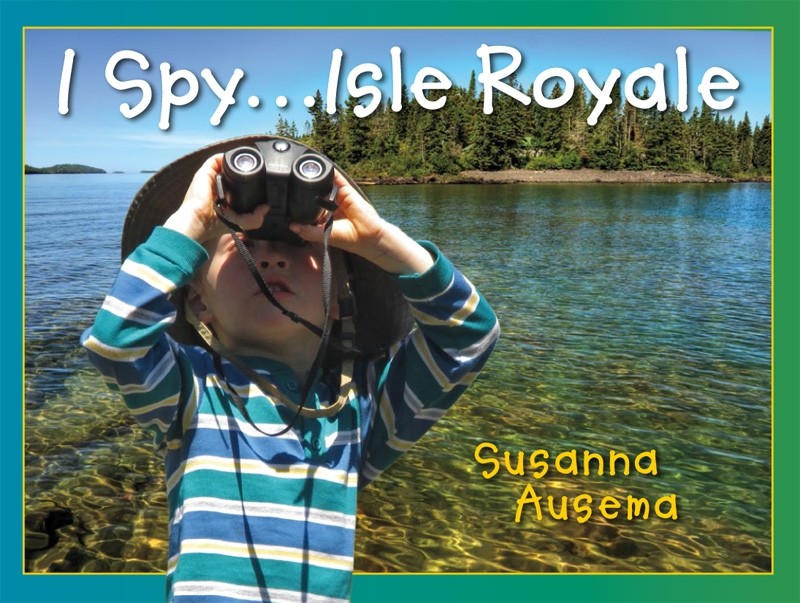 I Spy… Isle Royale was a  “2020 Publication of the Year” winner, awarded through the Public Lands Alliance. Young explorers, come along and explore Isle Royale, one of the most remote national parks in the Lower 48. Learn about the plants and animals that have made this rugged wilderness island their home. Admire the beautiful scenery and get a glimpse into some of the many adventures to be had on Isle Royale! Former NPS ranger Susanna Ausema introduces children to the wonders of Isle Royale with rhyming verse, watercolor images, and photographs. Older readers will be able to delve deeper into their exploration of Isle Royale through nature notes on each page. Also includes photos of the most commonly seen animal scat and tracks. 40 pages, paperback soft-touch cover, full color.

More information about the U.P. Notable Book list, U.P. Book Review, and UPPAA can be found on www.UPNotable.com

About the Upper Peninsula Publishers and Authors Association (UPPAA)

Established in 1998 to support authors and publishers who live in or write about Michigan’s Upper Peninsula, UPPAA is a Michigan 501(c)6 nonprofit association with more than 100 members, many of whose books are featured on the organization’s website at www.uppaa.org. UPPAA welcomes membership and participation from anyone with a UP connection who is interested in writing.