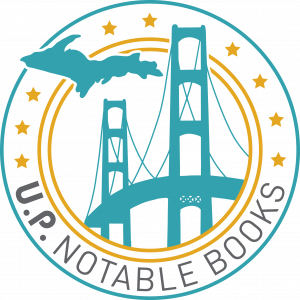 UP Notable Book Club:  the Crystal Falls Community District Library in partnership with the U.P. Publishers & Authors Association (UPPAA) has scheduled author events with winners of the UP Notable Book List. The 8th event is with U.P. author Susan Purvis who will present her award-winning memoir Go Find: My Journey to Find the Lost – and Myself.  This book recounts Susan’s thrilling rescues with Tasha, her black Labrador, in some of the most dangerous skiing areas of the north. The events are open to all U.P. residents free of charge. Read my review of Susan’s book at the U.P. Book Review.

When: Thursday, August 12th , 2021 at 7pm Eastern / 6pm Central
Where:  on the Zoom platform — please contact Evelyn Gathu in advance by email: egathu@uproc.lib.mi.us, or by phone (906) 875-3344.  We recommend you borrow a copy of these books from your local library or purchase from your local bookseller in advance to get the most out of these events.

SUSAN PURVIS‘ love for adventure and medicine has taken her to the hottest, coldest, and highest places on earth: Ethiopia, Antarctica, and Nepal. As a wilderness medicine expert and extraordinary speaker, Susan has worked on film sets for National Geographic Channel, truTV, appeared on the science documentary, The Hottest Place on Earth, aired on the BBC and Discovery. She’s been featured or quoted in the Wall Street Journal, Smithsonian, on CNN, television, numerous magazines, and newspaper articles. Since 1998, Susan has owned and operated Crested Butte Outdoors International, based in Whitefish, Montana. Her mission is to teach students how to think critically in unconventional settings.

An explorer by passion, Susan combines wilderness medicine, desert survival, exploration geology, and K-9 search and rescue to land jobs on all seven continents. She teaches high-altitude medicine for the local Mount Kilimanjaro and Mount Everest Guides. Susan has served as a medic at a remote field camp and ice breaker in Antarctica, explored for gold in the Dominican Republic and produced a documentary in the Amazon jungle. Susan also spent a decade working at an urgent care ski clinic in Crested Butte where she also worked as a professional ski patroller, guide, K-9 avalanche expert and SAR member. Susan was named a brand Ambassador for Marmot and received Congressional Recognition for her role in avalanche search and rescue. 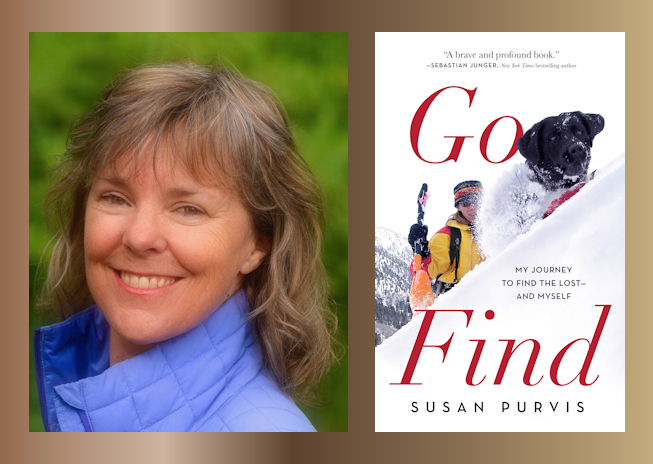 Somewhere between hunting for gold in Latin America as a geologist and getting married to a new husband, thirty-three-year-old Susan Purvis loses her way.

Susan comes to believe that a puppy and working on ski patrol at the last great ski town in Colorado will improve her life. When she learns about avalanches that bury people without warning, she challenges herself: ”What if I teach a dog to save lives?” This quest propels her to train the best possible search dog, vowing to never leave anyone behind.

With no clue how to care for a houseplant, let alone a dog, she chooses a five-week-old Labrador retriever, Tasha. With the face of a baby bear and the temperament of an NFL linebacker, Tasha constantly tests Susan’s determination to transform her into a rescue dog. Susan and Tasha jockey for alpha position as they pursue certification in avalanche, water, and wilderness recovery. Susan eventually learns to truly communicate with Tasha by seeing the world through her dog’s nose.

As the first female team in a male-dominated search-and-rescue community, they face resistance at every turn. They won’t get paid even a bag of kibble for their efforts, yet they launch dozens of missions to rescue the missing or recover the remains of victims of nature and crime.

Training with Tasha in the field to find, recover, and rescue the lost became Susan’s passion. But it was also her circumstance — she was in many ways as lost as anyone she ever pulled out of an avalanche or found huddled in the woods. ”Lostness” doesn’t only apply to losing the trail. People can get lost in a relationship, a business, or a life. Susan was con

More information about the U.P. Notable Book list, U.P. Book Review, and UPPAA can be found on www.UPNotable.com

About the Upper Peninsula Publishers and Authors Association (UPPAA)

Established in 1998 to support authors and publishers who live in or write about Michigan’s Upper Peninsula, UPPAA is a Michigan 501(c)6 nonprofit association with more than 100 members, many of whose books are featured on the organization’s website at www.uppaa.org. UPPAA welcomes membership and participation from anyone with a UP connection who is interested in writing.