UP Notable Book Club:  the Crystal Falls Community District Library in partnership with the U.P. Publishers & Authors Association (UPPAA) has scheduled author events with winners of the UP Notable Book List. The 5th event is with U.P. author Michael Carrier whose Jack Handler thriller series has the brought modern action and adventure genre to the U.P. The events are open to all U.P. residents free of charge. We’ll be starting with Murder on Sugar Island, the 1st installment of the series.

MICHAEL CARRIER has published fourteen books of fiction, all centered on his main character, Jack Handler, a retired Chicago homicide detective. His books have been featured throughout the Midwest, mainly centering in Michigan’s Upper Peninsula.

Michael Carrier never had a doubt that he would become a writer of fiction. When, as a journalism student in college, his professor asked him what he would like to do with his life, he told him that when he turned fifty years of age he would begin writing fiction. The professor was not pleased that Michael wanted to delay his career, and so challenged the rationale. Michael simply told him that he would not start writing novels until he had accumulated an appropriate inventory of life experiences. However, his professor, who happened to be the editor of a national weekly magazine, gave Michael a job writing for him.

At various times in his life, Michael has driven truck throughout the US, hustled pool and gambled poker from Texas to Montana, traveled the country hitchhiking, spent five years in New York’s East Greenwich Village, delivered diamonds for a New York wholesaler (he disguised himself as a down-and-outer), tended bar at a New York nightclub, climbed dozens of water towers throughout the US, panned gold, skydived, and worked for over nearly three decades in private security.

They thought their task was an easy one—take a week off, drive north through Michigan’s Lower and Upper Peninsulas, perhaps enjoy some Mackinaw fudge on the way, claim a fabulous Sugar Island inheritance, and then go back home. However, nothing ever comes easy for retired Chicago Homicide Detective Jack Handler, and his daughter Kate, a well-respected New York City homicide detective.This latest adventure began when an attorney visited Kate at her Manhattan precinct. He informed her that she had been named in her uncle’s will to inherit a successful resort less than ten miles from the Canadian border. Not wanting to make the trip by herself, she invited her father to accompany her, and he agreed.

What she failed to tell him at first was that her uncle, whom she had not seen for nearly thirty years, had been killed—and that his murder had not been solved.During the course of their visit, they found themselves pursued by agents of the Department of Homeland Security, the FBI, Canadian Border Patrol, and by local law enforcement. By the time they were ready to return, six more people were killed, a thirteen year-old red haired freckle face boy had become an integral part of their lives, and a twenty-year old crime got solved.  Intrigued?  Get your copy of Murder on Sugar Island now! 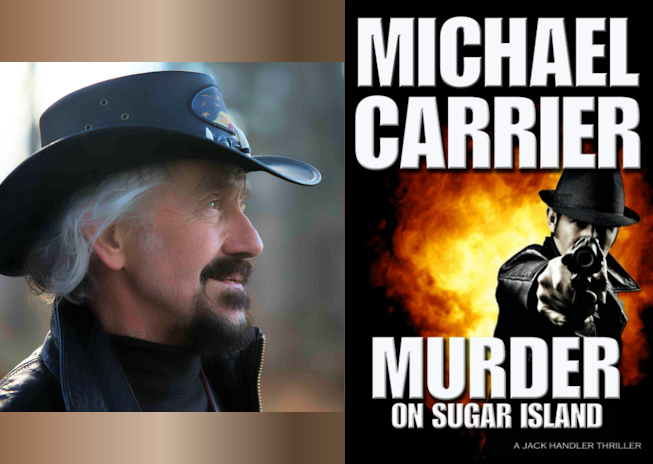