UPPAA, established in 1998 as an organization for anyone from or associated with Upper Michigan who is interested in writing and publishing, has continually sought to educate its members on all aspects of writing, publishing, and book marketing. Since its founding, the organization has grown to more than one hundred members. Its members have produced a wide variety of books ranging from U.P. history and travel books to historical fiction, mysteries, romance, fantasy, science fiction, nature, recreation, children’s books, and poetry.

The idea to hold a short story contest for high school students was the brain child of Larry Buege, UPPAA’s current treasurer and the author of several books, including his popular young-adult Chogan Native American series. Buege said he was inspired by his granddaughter in Wisconsin who published her first novel while in the sixth grade. “I was convinced that we may have similar talent in the U.P.,” Buege said. 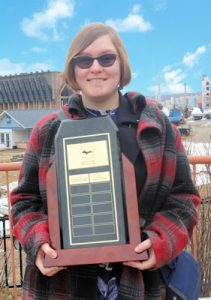 Buege approached the rest of the UPPAA board members, who embraced the idea of a contest that would encourage students to pursue writing. Buege also found an anonymous donor to provide financial support. He named the contest after the classic children’s book Dandelion Cottage (1904) by Carroll Watson Rankin, an author from Marquette who published several children’s novels. Once the contest was announced and entries began to come in, Buege’s suspicion was confirmed. “I was not disappointed,” he said. “The quality of the submissions was beyond my expectations.”

The submissions are judged by a group of UPPAA members, all authors themselves. Prizes for the contest are $250 for first place, $100 for second place, and $50 for third place. In addition to the cash prizes, the first place winner’s name is engraved on a traveling trophy that resides at the student’s school during the following school year. First, second, and third place winners receive medallions with their names and award placement engraved on them. Finally, the winning stories are published in the annual U.P. Reader, which is the literary publication of UPPAA. 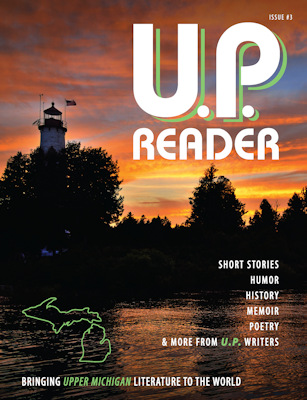 We had 60% more submissions this year than the previous year, and we expect the submissions will continue to grow in the future. The one criticism we hear most is, “Why not have a similar contest for middle-grade students?” UPPAA is listening. We always considered having a second contest as a distant future plan, but this year 25% of the submissions were from middle-school students or younger. A plan for the distant future is no longer acceptable. The Modern History Press has stepped up to the plate to provide financial backing for a middle-school contest. Beginning with the next school year, UPPAA will provide $200 for the best short story by a 5th – 8th grader. Contest rules will be similar to the current contest found on the Dandelion Cottage web page.

UPPAA will hold its annual conference this year at the Peter White Library in Marquette from 10:00 a.m. to 5:00 p.m. on June 1st. We will dispense prize money at that time. To attend the conference, register online now.  A full schedule of the conference, including speakers and presentations, is included at the website. Deadline for registration is May 25. Writers of all ages are welcome.