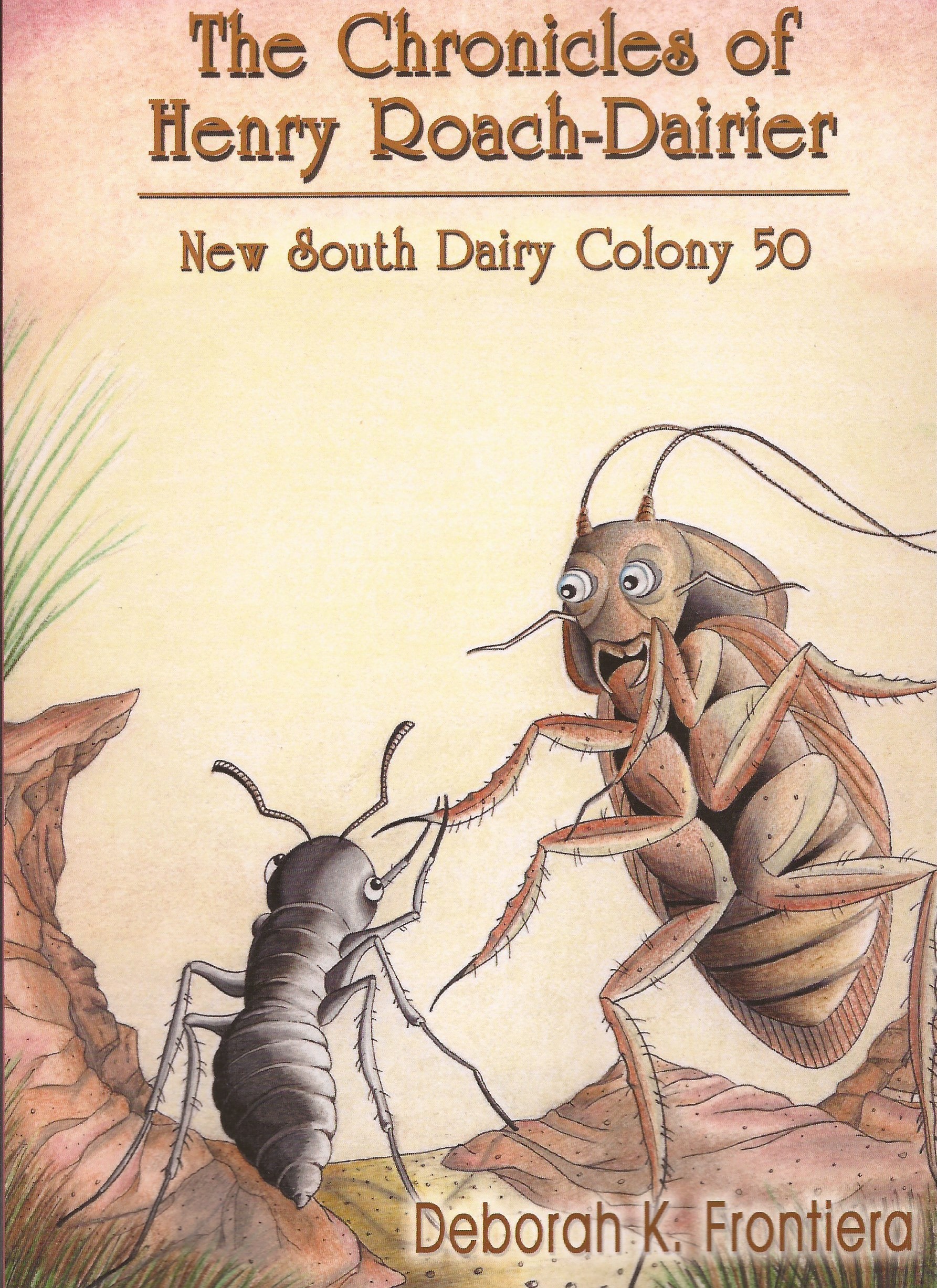 Enter the world of Henry Roach-Dairier, a world where humans no longer exist. Insects, greatly enlarged and intelligent, dominate. Ants live communal lives, dedicated to each other, while roaches are materialistic and self-centered. Both species are chemically dependent on plastic, minded from the ruins of the extinct Duo Pods, and the most valuable resource in the insect world. Plastic is vital to the mental development of ant larvae and roach nymphs. Without it, they reach adulthood physically and mentally impaired. Henry, son of a roach who was adopted by ants, tries to bridge the canyon of differences between these opposing cultures.
New South Dairy Colony 50, the second book in the original trilogy, opens with Henry as a nymph, in a coma after ingesting a bad combination of medicines in his physician-father's lab. His ant grandfather, Antony Dairier, decides it's time to straighten out his grandson. He reveals to Henry the details of his own life: the war and emotional pain which resulted in his dedication to the ideal of the experimental ant/roach colony, New South Dairy 50.
---
This volume was actually the first written by the author and was intended to be a stand-alone novel. But her characters wouldn't let her quit. She was compelled by Henry and some of her present-day readers to write To Build a Tunnel--the story of Henrietta's parents which was condensed to a synopsis spoken by her father on page 68-69. After that, fans wanted to know what Henry Roach-Dairier's life turned out to be, which became The Re-Creation of Roacheria. Deborah felt the trilogy was now complete. But Henry's grandson and namesake wouldn't let her alone and demanded the details of the "synopsis" of the Inception of the Combined Colonies which appears in an introductory section of The Re-Creation of Roacheria. So, Deborah let him "research" and tell that bit of "antstory/roachstory" in the fourth book.