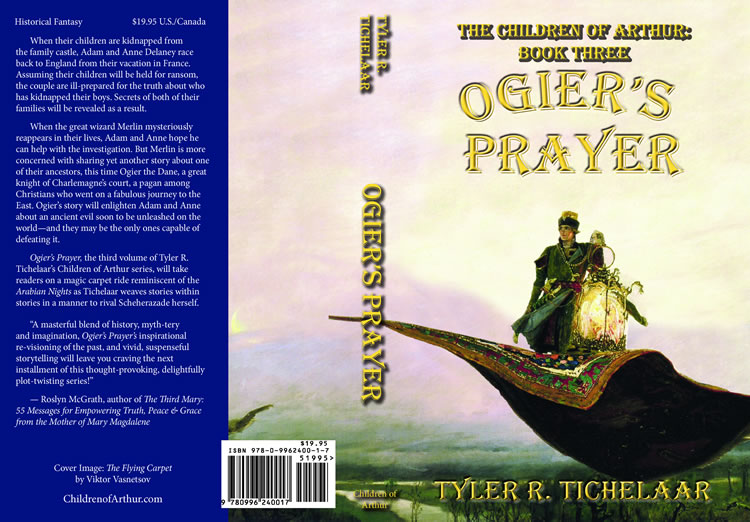 When their children are kidnapped from the family castle, Adam and Anne Delaney race back to England from their vacation in France. Assuming their children will be held for ransom, the couple are ill-prepared for the truth about who has kidnapped their boys. Secrets of both of their families will be revealed as a result.

When the great wizard Merlin mysteriously reappears in their lives, Adam and Anne hope he can help with the investigation. But Merlin is more concerned with sharing yet another story about one of their ancestors, this time Ogier the Dane, a great knight of Charlemagne’s court, a pagan among Christians who went on a fabulous journey to the East. Ogier’s story will enlighten Adam and Anne about an ancient evil soon to be unleashed on the world—and they may be the only ones capable of defeating it.

Ogier’s Prayer, the third volume of Tyler R. Tichelaar’s Children of Arthur series, will take readers on a magic carpet ride reminiscent of the Arabian Nights as Tichelaar weaves stories within stories in a manner to rival Scheherazade herself.